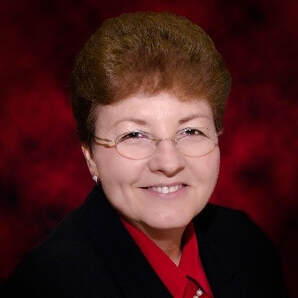 Dr. Martha Wright is passionate about being an advocate for the 80% of children whom the local church will never reach. At age seven, she was lead to the Lord by a neighbor who was a volunteer in a Good News Club in her neighborhood, and brought Martha. Two volunteers, who came faithfully every week to teach these unchurched children about Jesus and God’s Word, discipled Martha.

Martha dedicated her life to the Lord at age 11 around a campfire at Camp Good News and later as a Bible college student, and served for two summers as a summer missionary with CEF. She was called to missionary service at age 16.

Today Dr. Wright has been in the ministry of CEF for more than 45 years, having served for 6 years in Latin America and 21 years as vice president of education worldwide. In addition, for almost five years she was vice president of CEF Press, the organization’s publishing house.

Martha provided leadership for the launching and development of CEF’s premier training program, Teaching Children Effectively, in the USA and in over 140 countries around the world. She also led the restructuring and upgrading of CEF’s Children’s Ministries Institute which is now recognized by several colleges for academic credit. Through CEF’s unified training program worldwide over 1.2 million people have received training in the past five years.

Dr. Wright holds an earned Doctorate in Children and Youth from NOVA Southeastern University Ft. Lauderdale, FL; a Master of Arts in Counseling from Liberty University Lynchburg, VA; and a Bachelor of Arts in Biblical Literature from Simpson University in Redding, CA. Since August of 2010, Dr. Wright has been the Executive Director for CEF of Maryland, Inc.